There is a general consensus among Islamic scholars and Muslim laymen that Islam places sovereignty in God. The Quran explicitly describes God as Al-Malik meaning sovereign and Al-Malik-ul-Mulk the eternal possessor of sovereignty. These two adjectives are also among the ninety nine names of God. The Quran (51:58) also makes it clear beyond any doubt that all power lies in God; who is Al-Muqtadir – possessor of all power. Various Muslim political thinkers like Maulana Maududi, Syed Qutb, Ayatollah Khomeini and Ali Shariati have argued that the basic distinction between Western polity and Islamic polity is that while the former places sovereignty in either the state or in Man through the notion of popular sovereignty, the latter places it absolutely in God. Thus a simple explanation of the Islamic polity would be that God is sovereign and he is the source of all legislation in the form Al-Quran.

The Islamic state will base its precepts on Islamic law and constitution, the Sharia, which is derived from the Quran and Hadith. The Khalifa, vicegerent will rule on behalf of God and his endeavor shall be to implement and enforce the Sharia. The Quran repeatedly emphasizes the unity of the sovereign and Tauheed, oneness or unity of God is the most important article of faith in Islam. The denial of this unity is the greatest conceivable violation of Islamic precepts (Quran, 2:163, 6:19, 16:22, 23:91-92, 37:1-5, 38:65-68, 112:1-4). The sovereign by definition is universal as the Muslim community is seen as one Ummah (people) which are united under one sovereign by virtue of their faith and submission to the will of God. The word Islam means complete submission to God in the similar sense that the English philosopher Thomas Hobbes visualized the complete surrender of power by the individual to the state. The Islamic concept of submission is more powerful in that it subordinates human will to the will and law of God unconditionally. It is an ontological requirement and not a condition of any contract.

Thus to state succinctly, the Quranic concept of sovereignty is universal, that is nonterritorial, transcendental, meaning beyond human agency, indivisible, inalienable and truly absolute. God the sovereign is the primary law-giver while agents such as the Islamic state and the Khalifa enjoy marginal autonomy necessary to implement and enforce the laws of their sovereign. Man, as God’s Khalifa on earth (vicegerent) is not only the primary agent of the sovereign but also enjoys a margin of autonomy. This margin of autonomy by virtue of vicegerency is the Islamic equivalent of popular sovereignty.

At a basic theoretical level the difference between the modern conception and Islamic conception of sovereignty is clear. The operational implications on closer examination seem to blur the distinction. The agency, or political action remains within human jurisdiction in either case. So which ever institution (form of government) is vested with the agency to act it either follows the Sharia (in the Islamic case) or the constitution in modern states. While constitutions can be amended the Quran is eternal, but it is open to different interpretations based on ijtihad or independent reasoning.

Maulana Maududi conceived of the term Al-hakimiya, a derivative of an Arabic word that means “to govern'”. He introduced it in his work Al-Mustalahat al-Arba’a fi’l-Quran. The term Al-hakimiya has been used by Islamic political thinkers ever since to mean sovereignty. He argued that according to Islam, sovereignty belonged to God. He alone was the law-giver and that believers could neither resort to totally independent legislation, nor could they modify any law laid down by God. He saw the Islamic state as a political agency set up to enforce the laws of God. Herein lies the cardinal difference between the modern and Islamic conceptions. While modernity made the state a repository of sovereignty, in Islam the state was merely an agency of the sovereign. Thus the Islamic state is conceptually weaker than the modern state. Maududi, also recognized the vicegerency of man and explained that each believer was a repository of the Khalifat (vicegerency). The Quran makes this explicitly clear (45:12,13). Maududi’s understanding of the Khalifat of Man is definitely in the popular sense but he does not explain it in conjunction with sovereignty. Thus sovereignty lies in God, state is an agency of the sovereign and every believer is God’s vicegerent on Earth. This however means that both the state and believers can legitimately act on behalf of the sovereign. Thus in Maududi’s interpretation the sovereign has created dual agency in the Islamic state and the Khalifat, creating a balance or division of power between state and society. This mechanism can help ensure that both state and society follow the straight path.

The rise of political Islam has made the concept of Islamic sovereignty central to Islamic political theory and often it is presented as a barrier to any form of democracy. Democracies are seen as system where human whim is the source of law where as Islamic principles are transcendental and cannot be undermined by popular whim. Unfortunately, what many of the Islamists fail to understand is that democratic institutions are not just about law. They are also about prevention of tyranny by the state. Regardless of where sovereignty is placed theoretically, in practice it is the state which exercises it in their world and not God or his angels.

These Islamists also fail to see that Muslims actually enjoy greater autonomy than even the citizens of a democracy like the US. It is nearly impossible to change or alter the American constitution. It would require an enormous amount of consensus in the society to make even a minor change. However, Islamic scholars have enjoyed a great deal of freedom, both politically and traditionally, to reinterpret the Quran and Islamic principles. While in the US people with different understanding of the constitution are not free to act legally according to their own interpretation, Muslims have done precisely that and legitimately. The presence of the various madhahib is a concrete proof that a constitution/sharia can be interpreted differently and practiced.

Sovereignty is a complex concept and any attempt to simplify it can only cause problems. Nevertheless, Muslims must understand that while sovereignty belongs to God it has already been delegated in the form of human agency (Quran 2:30). The political task at the moment is not to indulge in rhetoric that merely emphasizes this point, but to reflect on how this God given agency can be best employed in creating a society that will bring welfare and goodness to people in the here and in the hereafter.

Muslims as individuals and as an Ummah cannot be held accountable for what they do unless they have the freedom/agency/sovereignty to do as they please. The discretion and the judgement with which Muslims apply the given law not just to apply it but to achieve its maqasid (purpose) constitutes human sovereignty. The day of judgement is the natural consequence of human sovereignty, there cannot be one without the other. Therefore we must remember that the freedom to act, human agency is the most precious of gifts. But it will have to be accounted for in full. So while we recognize the God’s sovereign in all affairs, he has exercised his sovereignty in delegating some of it in the form of human agency. Having said that I must also add that God alone is sovereign cannot become an excuse for installing and legitimizing governments which are not accountable and responsible to their citizens.

Dr.Muqtedar Khan’s book, Islam and Good Governance has been selected as one of the Best Political Philosophy Books of All time. Click the Medal below for more details. 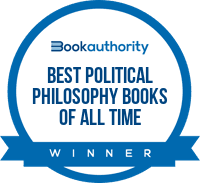 Postmodernity and the Crisis of Truth