This article was first published by American Kahani. Click to read. 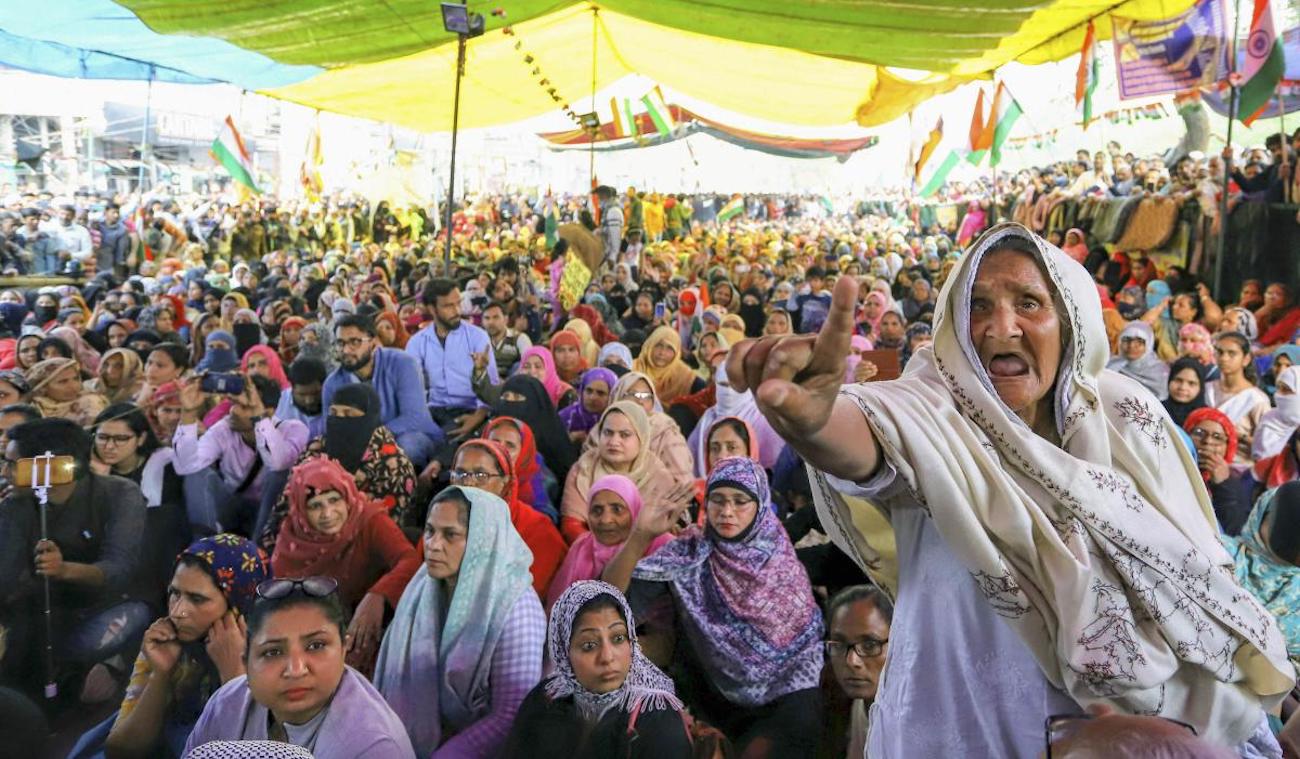 On August 15th, 2021, India celebrates its 75th Independence Day. India became independent from the British empire in 1947 and has since then remained the largest democracy in the world. India has achieved much, becoming the third biggest economy in the world when adjusted for purchasing power, inspired the world with its democratic and pluralistic values, and its highly educated diaspora practically helps every country on Earth to populate its scientific, technological, business, and educational sectors.

But unfortunately, in recent years India, much in keeping with the global trend, has witnessed a terrible decline in the quality of its democracy and its image has suffered significant damage. Its biggest flaw at this moment in history is its harsh and oppressive treatment of its religious minorities, especially Muslims. Scathing assessments of the deteriorating democracy and human rights situation in India have already been made by the United States Commission on International Religious Freedom (USCIRF) that labeled it as a Country of Particular Concern (CPC) in 2020 and again in 2021 and by the Swedish research institute, Varieties of Democracy (V-Dem) that in its latest democracy report described India as an “electoral autocracy”.  The issue has already generated a point of discord between U.S.-India relations during Secretary of State Antony Blinken’s recent visit to India.

But ironically, as I will show in this essay, even as India is failing its Muslims, Indian Muslims are fighting for their democratic rights and in doing so preserving India’s constitutional values, its democracy, and its pluralistic ethos.

Will there be an Indian Intifada? India’s 75th Independence Day Special

In May 2019, the Bhartiya Janata Party (BJP) won an absolute majority in the parliament and for a second consecutive time despite less than stellar economic policies such as Demonetization and the Goods and Services Tax (GST). The BJP, recognizing its victory as a resounding endorsement, not of its governance, but its ideological initiatives proceeded to unleash a series of policies to further its Hindutva (Hindu nationalism) ideology. Narendra Modi-led BJP’s second term in the early days was Hindutva on steroids.

In August 2019, within months of winning its second term of office, the Modi government amended the Indian constitution to essentially annex Kashmir through a constitutional coup. Vigilante groups associated with the Hindutva movement escalated the lynching of Muslims and increased violence against them with no serious response from the government to enhance the protection of the beleaguered community. In November of 2019, the Supreme Court of India in a very controversial decision handed over the land where the Babri Mosque stood for centuries until it was destroyed by Hindu activists in 1992 to a state-associated foundation to build a Hindu temple. In December of 2019, the Modi government passed the Citizenship Amendment Act (CAA), which critics argue, along with a proposed National Registry of Citizenship, threatens the equal status and citizenship of Indian Muslims.

However, the onset and spread of the Covid-19 pandemic, which was also blamed on Muslims initially, appears to have put a hold on the Hindutva agenda for now. But comments by senior BJP leaders like Subramaniam Swamy indicate that there is more to come and soon.

How are Indian Muslims responding to this catastrophic national transformation that intends to render them second-class citizens with no physical, cultural, or economic security and with much diminished religious freedom? Based on my research on Indian Muslims, I observe that there are three ways in which Indian Muslims are responding – assimilation, rebellion, and resistance. Under some circumstances, Muslims are assimilating and adjusting to the emerging Hindu Rashtra (state) and in other conditions they are revolting. But by and large, a vast majority of Muslim communities in India are employing a hybrid strategy that involves selective assimilation and selective opposition to Hindutva.

Assimilation constitutes a surrender to the Hindu nationalist agenda that seeks to make Islam and Muslims invisible. Many Muslims are now trying to become less visible culturally and less assertive politically. They live in India as Jews did in Nazi Germany, hiding in plain sight, keeping their religion hidden, and not attracting political attention. Another example of this communal vanishing act can be seen in the way German Americans vanished. There are 49 million Americans with German ancestry in the U.S.,  about 16%, roughly in the same proportion as Muslims in India but American society and culture today is bereft of any observable German influence.

In many states where BJP is very strong, Muslims from lower economic strata are hiding their religious identity and changing their names to rent, look for jobs and even become street vendors in Hindu neighborhoods. While middle and upper-class educated Muslims are able to retain their religious and cultural identity to some extent, poor and uneducated Muslims are finding it harder to afford their Muslimness. There is a lot of evidence that Muslims are adjusting to this oppressive new normal. Ghazala Wahab in her book “Born a Muslim: Some Truths About Islam in India” tells many stories of Muslims who are changing names and even considering formal conversions to Hinduism to hide their Muslim identity.

Not all Muslims are ready to assimilate into the rising Hindu Rashtra. Many are ready to rebel. By rebellion, I mean resorting to sustained mass protests against discriminatory government policies. A case in point is the women-led Shaheen Bagh protests that lasted for four months, from December 2019 to March 2020. It was not an isolated occurrence. There were similar protests all over the country. Further Hindutva provocations will undoubtedly trigger more such responses populating the entire political landscape with thousands of Shaheen Baghs.

The government’s response was heavy-handed and Hindutva gangs led and incited by Hindutva leaders rioted and attacked protesters. The state looked the other way or sometimes even facilitated violence. There were battles between the state and civil society in many cities reminiscent of Kashmir or even Palestine — troops in the cities, police suppressing protesters, and mobs attacking vulnerable minorities.  This could become the future of India — an Indian Intifada.

If the Modi government resumes what some critics call its war against Muslims when the pandemic eventually subsides, the possibility of a nationwide Indian Intifada becomes more imminent. Such a scenario is not far-fetched as we witnessed in the early months of 2020. Sustained protests and state repression will undermine the economy, drive away investors and drastically reduce productivity and GDP.  Democracy will be further eroded, and India’s international standing will suffer.  A nationwide Intifada by Indian Muslims will destabilize India and neither the Hindu majority nor the Muslim minority will benefit from it.

A vast majority of Indian Muslim communities are adopting a third way, neither assimilating nor rebelling. The third way is about smart electoral politics based on alliance building. Indian Muslims are building electoral alliances with Dalits, the backward and marginalized communities, with secular and left parties and with intellectual upper-class Hindus who are still committed to a secular and democratic India. One can see this in recent electoral outcomes in states like West Bengal, Kerala, and Telangana where Muslims have played an important role in defeating BJP in elections.

So far, the third way is largely limited to electoral politics. It appears that the third way’s main strategy is to defeat Hindutva forces at the polls and hope that that will suffice to reverse the de-democratization of Indian polity.

The smartest thing that Indian Muslims, as a community, have done so far is that they have eschewed the temptation for radicalization and armed resistance. Violence would justify the heavy-handedness of the state and delegitimize their grievances. Instead, they have chosen to rally behind the secular constitution and engage in mainstream politics. In a way, they have turned the table on Hindutva. It is the Modi government that is against the current Indian constitution and seeks to overturn its core secular and democratic character and it is Indian Muslims who are now the guardians of the Indian constitution as it is and who are fighting to preserve its ethical character and pluralistic culture.

India was born a secular democracy and thanks to its long history of religious pluralism it succeeded in remaining so. But with the rise of Hindu nationalism that seeks to privilege Hindu Indians over others and replace constitutional values with majoritarianism, the fate of the secular constitution of India now depends on Indian Muslims. If they lose their political battle against rising Hindutva, then India will lose its secular character and not all its citizens will be equal under the law. As India enters the fourth quarter century of its independence, I hope that all those who care for Indian democracy and its secular ethos are rooting for Indian Muslims. 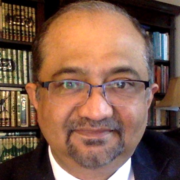 Dr. Muqtedar Khan is a Professor in the Department of Political Science and International Relations at the University of Delaware. He is from Hyderabad in India. He is the author of the award-winning book “Islam and Good Governance: Political Philosophy of Ihsan (Palgrave Macmillan, 2019).  His essays have appeared in The New York Times, The Wall Street Journal, The Washington Post, The National Interest, The Conversation, The Diplomat, The Indian Express, Outlook India, The Wire and many other publications worldwide. He hosts a YouTube show called Khanversations and his website is www.ijtihad.org. His Twitter handle @MuqtedarKhan.

Jaishankar’s The India Way, Is it a new vision of foreign policy?